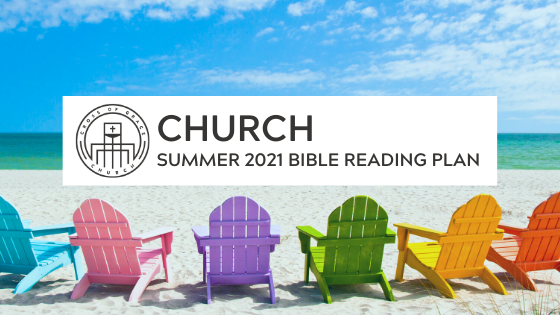 46 And they came to Jericho. And as he was leaving Jericho with his disciples and a great crowd, Bartimaeus, a blind beggar, the son of Timaeus, was sitting by the roadside. 47 And when he heard that it was Jesus of Nazareth, he began to cry out and say, “Jesus, Son of David, have mercy on me!” 48 And many rebuked him, telling him to be silent. But he cried out all the more, “Son of David, have mercy on me!” 49 And Jesus stopped and said, “Call him.” And they called the blind man, saying to him, “Take heart. Get up; he is calling you.” 50 And throwing off his cloak, he sprang up and came to Jesus. 51 And Jesus said to him, “What do you want me to do for you?” And the blind man said to him, “Rabbi, let me recover my sight.” 52 And Jesus said to him, “Go your way; your faith has made you well.” And immediately he recovered his sight and followed him on the way.

The account of Bartimaeus' healing is one that not only clearly reveals our Lord's power but also magnifies His character. In the previous verses in Mark 10, we find Jesus continuing to steadfastly  'march' to Jerusalem. In Luke 9, we read that he set His face to go to Jerusalem, knowing that there He would give His life by dying a horrible death for the sins of the world.

In Mark 10:32-34, Jesus foretells His death for the third time in this Gospel. Then in Mark 10:35-45, we have the incredible story of James, John, and their mother (see Matthew 20:20-28) coming to Jesus and asking for each man to sit at Jesus' right and left hand in His kingdom. Through a direct but gentle response, Jesus tells them that request is not one He can fulfill. And He soberly tells them both that instead of position and fame there will be suffering and death in their lives as they follow and serve Him.  Jesus then teaches on the nature of true greatness in His kingdom and the imperative of a servant's heart, using Himself as an example of coming to serve and not to be served, even to the giving of His life as a ransom for many.  The greatest would be the servant of all.

And now in Mark 10:46, He is continuing on the road to Jerusalem, leaving Jericho. The roads are filled with crowds of people going to the annual Passover celebration. There is a great crowd following Jesus as news of His ministry has spread throughout the country and region. Just outside of Jericho a local man named Bartimaeus was sitting on the side of the road, probably in his normal spot, begging. He was blind.  Local people were not paying any attention to him; he was part of the normal daily scene in Jericho. He was a forgotten person. He hears the commotion of the crowd and inquires as to what is happening. 'Jesus of Nazareth is passing by!' he is told. Immediately he cries out, 'Jesus, Son of David, have mercy on me!' The crowd rebukes him but he persists...even louder. 'Jesus, Son of David, have mercy on me!'

In Mark 10:49, we read this wonderful account, 'Jesus stopped and said 'Call him!'  The crowd now changes its attitude and tells Bartimaeus, 'Take heart! Get up! Jesus is calling you!'

He throws off his cloak, which was probably spread out in front of him to catch the coins thrown in his direction, and runs to Jesus. Jesus asks him the same question he asked James and John earlier. 'What do you want me to do for you?'  'Rabbi let me recover my sight!'  Jesus answers his request and heals him, telling him his faith has made him well and to go his way. There is an indication by the use of the word 'well' meaning wholeness that Bartimaeus received not only physical healing but spiritual healing as well. He then follows Jesus on the road to Jerusalem. No doubt he, now alongside and with Jesus, has the attention of the crowd...which has probably grown even larger due to this incredible and kind miracle.

In this passage, we see the life-changing effects when Jesus stops, calls a person, and ministers to that one person. He was demonstrating in real time the teaching He had just given to His disciples that he who would be greatest in His kingdom will be the servant of all!

On His way to the most important event in all of history, Jesus stopped, took specific notice, and answered the cry for mercy from a seemingly insignificant blind beggar who the world had dismissed as a commonplace nuisance.

1. What do you think was going through Jesus' mind as He continued on the road to Jerusalem?

2. What do you think the crowd was like that surrounded and traveled with Jesus? Were they all supportive?

3. Had Bartimaeus heard of Jesus? What shows us that he had?

5. Note that Bartimaeus asks for mercy from the only person who can grant true eternal mercy, God himself. What might this tell us about Bartimaeus?

6. What can we learn from Bartimaeus' persistence?

7. What can we learn about the nature of a 'crowd'?

8. In this and other passages, Jesus stops to minister to one person on His way to die for the sins of the world.  What does this teach us about the Lord's character, His ability and His capacity?

9. Reflect on the moment Jesus stopped for you and called you to come to Him.

10. What do you think the crowd was like that surrounded and traveled with Jesus? Were they all supportive?

11. Are there people in your daily life you may be overlooking who need the touch of the Savior?

12. Are there areas in your life where God's mercy is the only answer? (trick question)

14 Since then we have a great high priest who has passed through the heavens, Jesus, the Son of God, let us hold fast our confession.

15 For we do not have a high priest who is unable to sympathize with our weaknesses, but one who in every respect has been tempted as we are, yet without sin.

16 Let us then with confidence draw near to the throne of grace, that we may receive mercy and find grace to help in time of need.