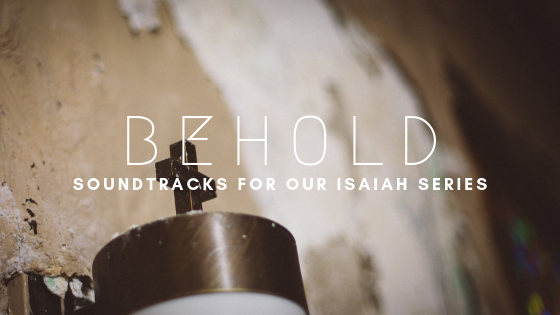 As we gear up to spend 2019 in Isaiah we've provided lots of resources to read along with our series, but today I want to offer a few ways to *listen* along.

This is what's playing before and after the services on Sunday morning these days. As we saw in Isaiah 2, one day people from all over will gather in worship to God, so we should appreciate lots of musical styles here and now. Jon intentionally added a little more stylistic flavor to this playlist and I'm loving it.

These are some great new songs that the band may introduce over the new few months. You'll hear many of the themes of Isaiah here.

Prophetic literature like Isaiah is often tough for us to understand because there's no simple modern equivalent. It's poetic, intense, aggressive, critical, and full of word pictures. I think the closest modern equivalent is probably rap music. Whether you're new to rap or a longtime fan here are a few of my favorite tracks (suggested by folks in the church). Some are straight praise to the Lord (Hymn), some are biblical truth in rap form ( ), some are lament (Let You Down), and some are social critique (Here, 2016) as well because those are all common themes in Isaiah. Maybe not every song is your cup of tea stylistically, or maybe you won't agree with each social critique, but I think a listen through will give you a feel for the genre of Isaiah.