Jonah and Jesus: On Mission in the Old Testament 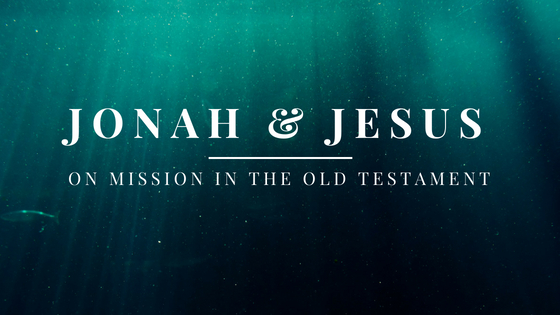 The book of Jonah is one of the best-known stories of the Bible. The question is, “How well do we really know the book of Jonah or the prophet for whom it is named?” Do we know why he was in the belly of the great fish? Do we know what the theme of the book is? Do we even care? Does it even matter to us today? Isn’t that the Old Testament, and we are under the new covenant? My hope and prayer is that through this study we can answer those questions over the next few weeks.

So, who was Jonah? Jonah was a prophet, one who spoke to the people on behalf of God, and would have carried the authority of God with his speech. We are told in both 2 Kings, and Jonah that he is the son of Amittai, which means, “Son of my faithfulness.” In 2 Kings 14, Jonah had given a favorable prophecy to a disobedient Israel. At the time Israel was led by King Jeroboam II, who, “Did what was evil in the sight of the LORD. He did not depart from all the sins of Jeroboam the son of Nebat, which he made Israel to sin.” His prophecy of Israel expanding her borders to a point never before attained had come true. In this we see that Jonah had no problem delivering a message of blessing to a disobedient Israel, however, he took umbrage with delivering a message to a pagan nation in the capital of Nineveh. This duality will become more and more evident in the series as we see Jonah fall deeper and deeper into his sin and selfishness.

Jonah has been viewed by most scholars in the history of the church as historical narrative. That is it contains history and recounts actual events in story form. It is only recently that the story has come to be viewed as myth, or allegory. However, it is a wonderfully tight story filled with many literary markers that point to its purposeful construction in order to teach something. One of the most prominent features is the opening, “Now the word of the LORD came to Jonah the son of Amittai.” This denotes that Jonah is a real historical figure, and this story is meant to be taken not as allegory, myth, or outlandish tale, but as history that conveys a message. If it were allegory or myth, Jesus could not have appealed to Jonah as the sign the people asking would receive.

The other main character in this narrative is of course God, the LORD - Yahweh. It is very interesting to note that the word of Yahweh came to Jonah, then sent him to Gentile sinners in order to spread his fame. This ties us closely to the theme of mission. This requires us to delve into the mission of Israel, and her role, among the nations.

So, what is mission? At its basest form, we can describe mission as “transmission of God’s self-revelation to others with a view toward their conversion.” Israel’s role was to be a blessing to the nations from her founding in Abram.

How were they to be a blessing to the peoples? We find the answer fleshed out in Exodus 19:4-6, where we see that Israel is to function as a nation of priests. We can summarily say that Israel’s call to “ethical holiness was central and even necessary to her calling as a kingdom of priests, since the nations were to see God’s law and character in her behavior.” We can call this a passive mission.

There is, however, an active role as well. One of the prophets being sent to other nations in order to tell them of the greatness of God and his character, over against their sin and subsequent judgment awaiting due to sin. This is seen in Jonah being sent to Nineveh.

How does that connect to the New Testament, and the Mission of Jesus? In answering that question, we first must see how this story points to Jesus. Over the next few weeks, we will see the juxtaposition of Jonah over against Jesus. We will see the disobedient prophet contrasted with the obedient Son. The rebellious servant held up to the suffering servant. A whining man over losing his shade tree cast on the one who cries while sweating blood, “Nevertheless, not my will, but yours, be done.” We will see the silent prophet cast into the sea as a substitute, contrasted to the silent King cast into the sea of God’s wrath against his people’s sin.

We are also given an active and passive mission. The world is to see our good deeds and glorify our Father in Heaven, and we are to go, and make disciples. May God, through the book of Jonah, spur us on to mission.

The Scriptures - A Great Means of Grace

Jonah and Jesus: On Mission in the Old Testament